There has been a small amount of coverage in the news cycles lately about the potential for pacemakers and defibrillators to be subject to hacking. Notably, in a 2012 episode of the Showtime series, “Homeland,” a Vice President character’s pacemaker was hacked and reprogrammed, causing his demise. This certainly resulted in some increased patient phone call volume in physician’s offices at the time, with people asking, “Can my pacemaker be hacked?”

To begin, there are NO reports of anyone’s implanted cardiac rhythm device being hacked and reprogrammed. There are concerns, however, because these devices communicate wirelessly by RF (similar to the energy frequency your cell phone uses) and there may be opportunity for theoretical penetration into that communication by an outsider.

You can read online that the “hacking” of a pacemaker in a mannequin has been accomplished. This did not include any ability to reprogram the pacemaker. Being able to hack into pacemaker transmissions, from device to remote monitoring system (e.g. Carelink, Merlin) or from programmer to device (in an office setting) would require someone in extremely close proximity (inches to a few feet) of the device with sophisticated equipment. They would wind up seeing essentially what amounts to protected health information (PHI)—for example, your lead impedances, your heart rate histogram, your battery voltage—but not being able to tell your pacemaker or defibrillator to do anything at all. Home monitors will send information, not receive information.

A concern over hacking was raised regarding some St. Jude (Abbott) devices. The company has responded by emphasizing the information above, plus offering an in-office firmware cybersecurity upgrade that takes about one minute to perform. At the time of this writing, Medtronic believes they do not need firmware upgrades for their devices. Boston Scientific, Biotronik and Sorin have not expressed concerns about their own platform cybersecurity components.

Some online resources if you are interested in more technical detail can be found here and here. 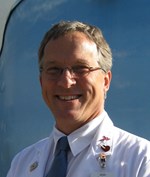