The Man with a Big Heart 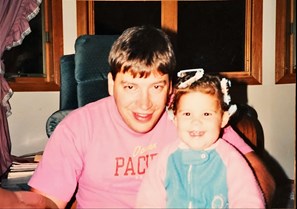 Gerald David Stenzel, or “Jerry,” as he was better known, was born October 14, 1966, in Wells, Minnesota to Dominic and Evangeline Stenzel—who had a small farming operation and raised their 11 (yes, 11) children on the farm outside that same small town in Minnesota. Jerry had what he always described as a “normal” childhood—at least, as normal as it can be with 10 siblings—when, in fact, Jerry and his childhood were anything but normal.

Shortly after he was born, it was discovered that Jerry had a congenital heart defect. His tricuspid valve had not fully developed: diagnosis tricuspid atresia. Jerry was whisked away a few hours down the highway to Mayo Clinic, where surgeons performed a shunt operation to save his life. Although Jerry always perceived his childhood to be “normal,” there were quite a few things about Jerry during that time that made him a little bit different. He couldn't throw hay bales like his brothers and he couldn't always participate in gym class. Jerry’s classmates called him “grape juice” because his lips would turn purple.

After a Fontan procedure in 1971, Jerry went on to live a very full life. He graduated high school and then technical school in nearby Mankato. While finishing school in Mankato, he met the love of his life, Peggy. Jerry and Peggy married in 1989, and in January 1993 the first light of Jerry's life was born (me). The second light of his life, my sister Megan, was born in 1996.

Growing up with Jerry as my dad was the greatest blessing of my life. He was full of life and light. Everyone wanted to be around him. He was funny. He could make anyone smile. He had the widest grin and the most contagious laugh. My dad also never wanted to draw attention to his medical condition. I would guess that even many of his close friends and co-workers were unaware of his congenital heart problem. To all of us he was just a normal guy—and that's just the way he wanted it. 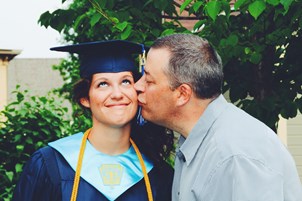 I didn't know or understand that my dad was sick until I was an undergraduate student. During my junior year, Dad struggled with bouts of atrial fibrillation. His electrophysiologist and adult congenital cardiologist at Mayo elected to try an ablation, and after a wrong turn during the procedure he ended up with a permanent pacemaker. We had several good years after the placement of the permanent pacemaker. We adjusted to a “new normal,” and dad having a pacemaker was just another quirky thing about him.

Everything changed in December 2019 after my dad developed some dizziness and lost consciousness on a couple of occasions. My mom drove him to the Mayo Clinic emergency department, where it was determined that the connectivity of his pacemaker leads was poor. Because of his congenital condition and difficult anatomy, figuring out where to insert a new lead was a bigger problem than anticipated.

The first attempt for new lead placements was an unsuccessful thoracotomy. To add insult to injury, my dad did not respond well after the surgery and we ended up in the cardiac ICU facing the possibility of intubation and dialysis. After a few days, my dad pulled through and the medical team continued to problem solve how new leads might be placed. They were ultimately successful, and the new leads displayed excellent conductivity.

After 19 days in the ICU, we went home. Dad continued to recover and even went back to work. The recovery was slow, but every day he seemed to be making progress. In late January, we were able to celebrate Christmas. The progress and life as we now knew it came to a grinding halt one night at the end of February after my dad had come down with a cold. He had a fever and a cough. My mom drove him to a local emergency department and was transferred by helicopter back to Mayo. 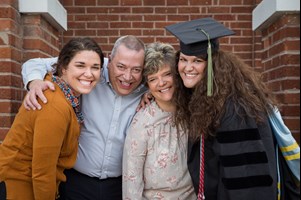 According to the flight nurse, my dad was in good spirits throughout the trip, cracking jokes and making her laugh. We expected nothing less. The nurse said they made their landing, and when unloading from the helicopter his eyes rolled back into his head and was unresponsive. The monitor read ventricular fibrillation. After a heroic attempt for resuscitation, the team was unable to revive him. The man who loved his life and family was gone. My sister Megan said it best: “At least he doesn’t have to suffer anymore.”

How do we go about making any sense out of something that seems so senseless? My dad was in his early 50s and most people never knew there was anything “wrong” with him. When people ask me to tell them what happened, I struggle to determine how to best summarize such a story. My dad taught us many lessons. But probably the most important one he taught us was in his death. No matter what life hands you—you can handle it. When such a vibrant and big life is lost, the void left in your life seems unfillable. The strength we have found in ourselves to go on is the last gift my dad gave.

My dad had an incredible life. It was a life that deserves honoring. He was a long-time supporter of the Adult Congenital Heart Association, and after our experiences we too feel connected to the mission and goal of the association. In honor of my dad Jerry, and all those living with “forgettable” congenital heart defects, we will gather virtually on October 3 for “Jerry's Jamboree.” We will be conducting a 20-mile virtual bike ride with all proceeds benefiting ACHA. I know that as we gather and celebrate his life, he will be looking down on us with that unforgettable smile. 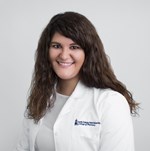 Nicole Stenzel recently began her career as a critical care pharmacist at Sanford Medical Center in Fargo, ND, after completing a two-year pharmacy residency. She and Jesse, her fiancé, just purchased an acreage outside of Fargo and plan to be married next July.