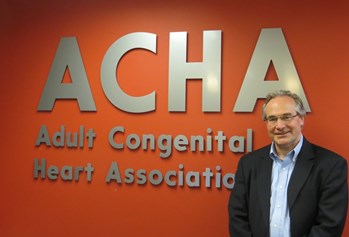 On behalf of our staff and Board of Directors, we are proud to announce the hiring of our new President and CEO, Mark Roeder. He joins ACHA with an impressive 30-year career track record in nonprofit management for large, national health organizations as well as high-level corporate marketing and public relations.

“I am incredibly excited to take the helm of ACHA at such an important and critical time,” Mark says. “I’m looking forward to the opportunity to meet so many members and supporters at the upcoming National Conference in June, and to work with the ACHA team on new development, program and awareness opportunities.”

As ACHA President and CEO, Mark is responsible for ensuring that ACHA achieves its strategic objectives to forward our mission and vision. He will oversee the overall management, direction and financial well-being of our organization.

Mark cited the ACHA ACHD Accreditation Program and public awareness campaigns as initiatives where he was particularly eager to lend his expertise.

Mark most recently served as the Executive Director for Susan G. Komen in Maryland, where he introduced several successful fundraising campaigns and led the development of a three-year strategic plan. Prior to that, Mark held several leadership positions with the National Multiple Sclerosis Society. In addition to directing statewide operations for the organization’s Maryland Chapter for nearly a decade, Mark spearheaded the merger of the Maryland and National Capital Chapters into a $9 million operation. He also served on various national committees and task forces focused on budget development, marketing and branding, and donor development. In his career, Mark has raised tens of millions of dollars through special events, grants, sponsorship solicitation and donor cultivation.

We are extremely excited about ACHA’s potential under Mark’s guidance, and hope you will join us in welcoming him to ACHA. For any questions or comments, Mark may be reached at mroeder@achaheart.org or (215) 849-1260. Thank you for your continued support!